Hello marathon #20.  Yes folks, yesterday I ran my 20th marathon.  That’s kind of crazy, right?  The marathon wasn’t easy for me.  I struggled but I kept fighting.  It was just something I needed to do.

Willie was nice enough to play chauffeur for me on Saturday morning to drive to Groveton,TX.  It was a very early morning because he had to wake up at 3 am for a 4 am leave time to make it to the race at 6 am for packet pickup.  We got there a quarter to 6 and I have to thank my husband for that. 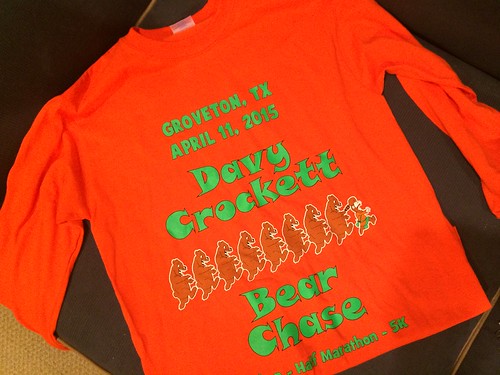 I picked up my packet which wasn’t much just really a long sleeve t-shirt that isn’t my favorite but it will do. 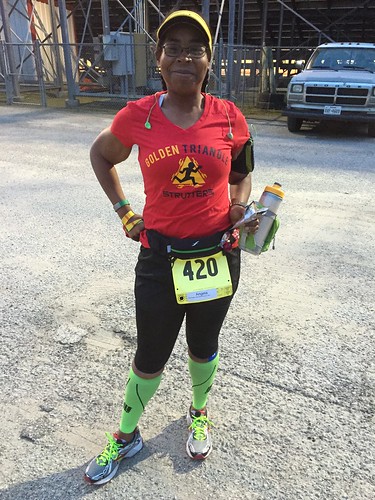 The race was a 5k, half marathon and marathon.  It’s a pretty small race which I really enjoyed.  I really on signed up for this race because my friend said she wanted to do it last year and I told her I would run it this year.  But I’m really glad that I ran the race. 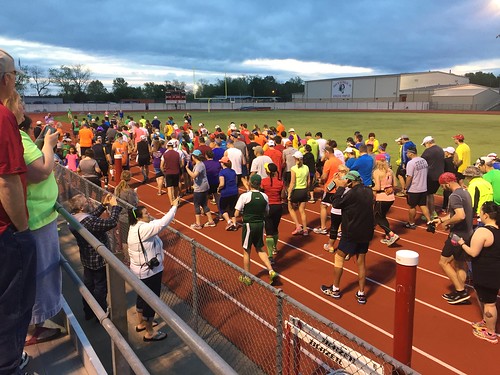 The morning had a nice chill in the air but I knew it wouldn’t last long.  It was kind of like the calm before the heat storm and I was fully aware of that from the start.  The Bear Chase had a 1.5 mile rocky road, then we hit the streets for a couple miles and  then ran on a trail into the woods of Davy Crockett National Park and then we turned around and went back to the start.  Half marathons ran it once, marathoners ran it twice.

It was really nice the first half but my stomach started hurting around mile 11 so I chewed some ginger candy and it really helped.  I got the suggestion from one of my running friends and this was the first time I tried it.  I can recommend this to anyone who has GI issues.

I had to remember it was hot so I needed to slow my pace down.  I won’t lie, I struggled a lot on the second lap.  The sun was in full view and it was just rough.  The sun is my kryptonite because I’m dark skinned.  It was hard to motivate myself to keep running. When my stomach was hurting, I thought about just stopping at the half marathon point but after a bathroom stop I continued on.

Here’s my truth moment:  I almost stopped running at the end of February for some personal reasons. I had lost the drive to keep going.  I really just wanted to give up and give in but Willie wouldn’t let me.  It was a struggle to keep at it but I weathered through the storm and that’s why it was important for me to keep going yesterday.  It sucked at some points but all I had to do was put one foot in front of the other to keep going.

The second travel through the woods wasn’t as nice though.  The bugs were out and I was drenched in sweat so they were just flocking to me.  I couldn’t get out of those woods fast enough.  I sit here covered in bug bites.  The race was very hilly but it was very pretty.  That’s the best part about it.  The people were nice and the volunteers were excellent.  It wasn’t the easiest marathon for me but it broke me down and built me back up.  That is what I needed. 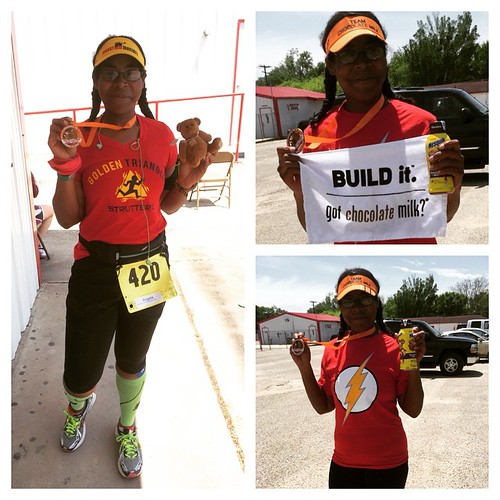 I finished the marathon in 5:42:20.  It wasn’t my day to finish strong, but it was my day to finish.  I couldn’t give up and I couldn’t bail out early (even though it was allowed). I had to keep going and I needed to stay on my feet.  The one thing I will always remember was me laying down in the road about mile 22.  I did it because I was tired and hot and there was a shaded bit.  I hadn’t seen a support vehicle for a while but this is the one time one rolled up.  They rolled up to me and asked me if I was OK. I answered them still laying on the ground telling them I was OK and they laughed and talked to me for a bit and they waited for me to get back up and continue on.  It was funny!  I had a smile on my face the entire time even though it sucked. It was hot and I couldn’t get refuge from the sun, but I finished. 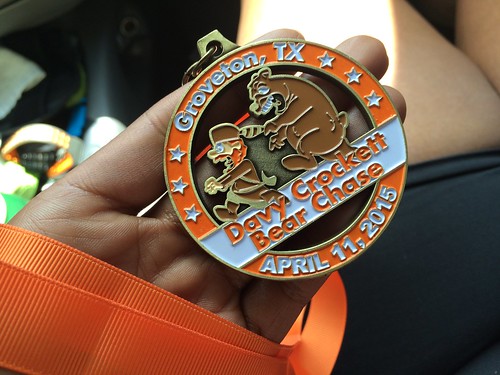 And the medal was pretty cute too.  I didn’t see any bears though.