When I got pregnant my number one craving has been chicken.  I want chicken strips and mashed potatoes (well potatoes of any kind) all the time but those little strips can pack a lot of calories.  And having french fries on the regular isn’t that healthy either.  I’m really trying to stay away from that stuff.  Then I got to thinking about an air fryer.

I watched the infomercials many times and I was intrigued but it wasn’t enough to make me want to get one.  After all, do they really work?  Does it really require no oil or little oil at all?  Is it really worth that much?  I was a skeptic but now I’m an air fryer believer. 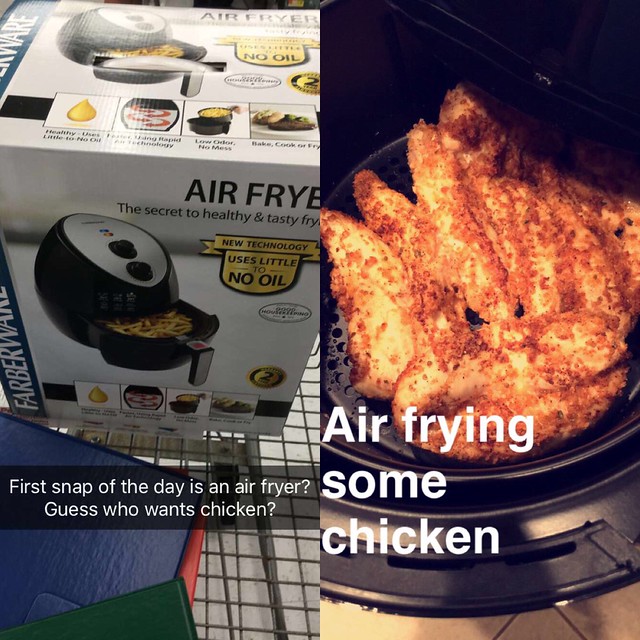 I purchased the Faberware Air Fryer from Walmart for $79 a few months ago and I was blown away by it on my first use.  It was life changing.  I could have the stuff I really wanted and craved without all the grease and unhealthy stuff.  I was totally amazed.

So what is an air fryer? 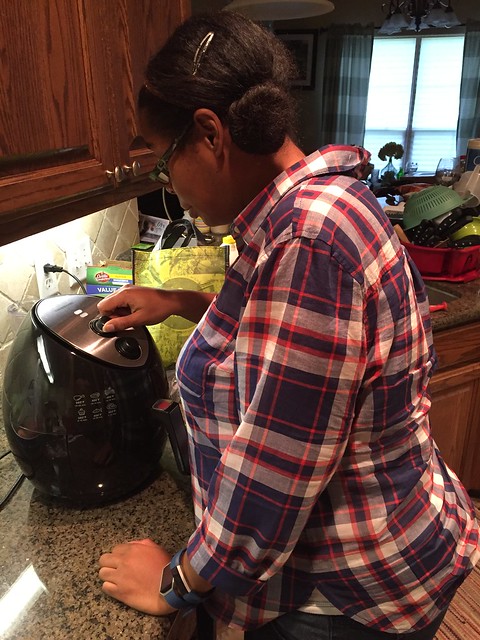 My first go in the air fryer was sliced chicken breast I breaded in panko.  I used no oil.  I set the timer for 15 minutes at 360 degrees and let it go.  The chicken came out looking like what I imagined it would look like.  Being a chicken breast, it was a little dry.  I think you should try marinating first because the second day it was kind of dry.  Straight out of the air fryer, it was good.  Willie was impressed but mentioned we should try some marinated chicken next time.  I never tried it after that. 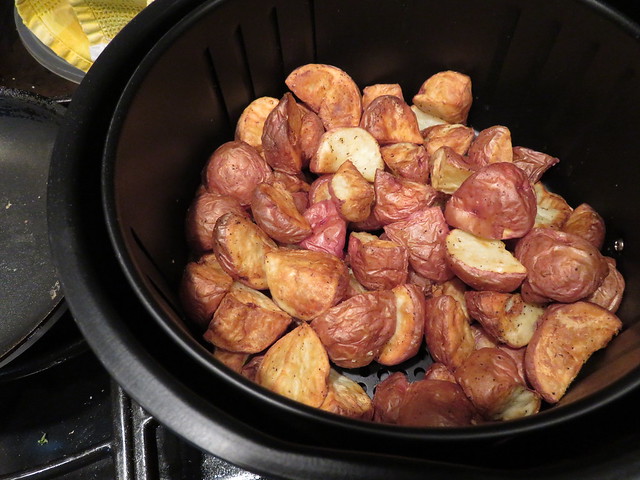 I’ve been using it on the regular for potatoes.  I’ll cut up Russert potatoes into strips and make some fries.  I’ve cut up sweet potatoes to make fries and chunks and just like that you’ll have some good stuff to eat with no oil.  I’ve never used any oil to make anything. My favorite has been red potatoes, but I have no reason to say way. I just love potatoes.

The air fryer comes with a recipe book which has things for cakes, pies, steak, seafood and much more. The air fryer is a very versatile appliance that is VERY easy to clean. Just ask Willie! 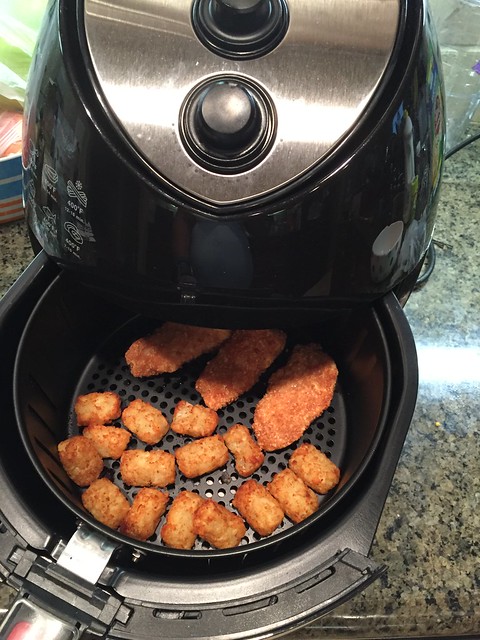 Last night, I purchased some Applegate Farms Breaded chicken breast and put it in the air fryer and it turned out perfect. And there were some tater tots too which turned out crisp, just the way I like. It’s a quick way to get a healthier meal.  I promise it’s worth the money. 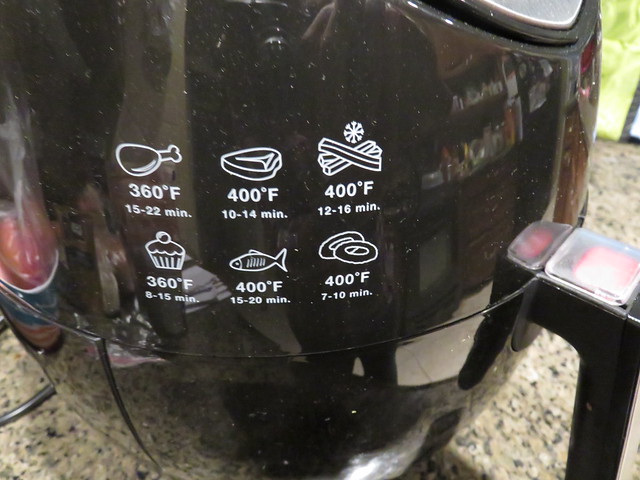 It’s very simple to use. There is a handy picture guide on the side so you know what temperature and time to cook all your foods.

How an #airfryer changed my world.

I was very skeptical about getting in in the beginning because it was a good chunk of change to spend on another kitchen appliance.  But we’ve definitely used it for full benefit and I think it’s worth it.  If you’re considering an air fryer, I can only recommend this one because this is the only one tried.  But it works and I love it.

Have you ever thought about trying an air fryer?  What would you cook in it?