Wait!  I know you think the only thing I do is sports related things but you’re wrong.  The thing is I love food, I love to travel and I love to just do fun things.  The fun travel and things I’ve mostly done this year have involved running.  This time I went somewhere and I didn’t run…even though I wanted to so badly but I have to take a break sometime, right?  So I went to the Backstreet Boys concert in Austin on Sunday night!  I have a lot of stuff going on in life so it was kind of hard to get pumped up about this until I was actually there. 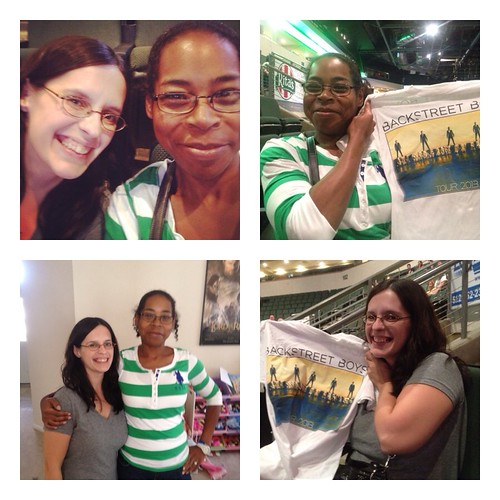 Of course the firs thing we had to do when we got there was buy a t-shirt!  In the past, we got shirts with BSB faces as big as we could them, now that we’re older I don’t think that’s a look we can pull off. 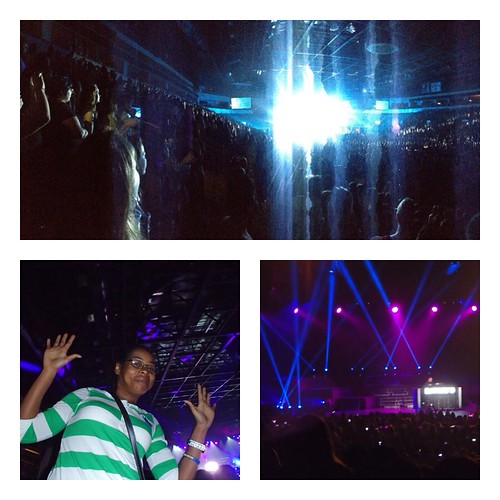 When I got there, I was ready to JAM like the 32 year old I am! Opening acts include: Baylee Littrell (BSB Brian’s little son who SANG his FACE OFF!), B5 (big yawn!) and DJ Pauly D (Yeah Buddy!). was wicked excited for the Backstreet Boys AND DJ Pauly D.  I don’t think Missy was expecting me to be excited about Pauly D but I was wicked excited. I was little upset that Pauly D didn’t KILL it because that’s what I expected, but he raised the roof a little bit. He had us all fist pumping. 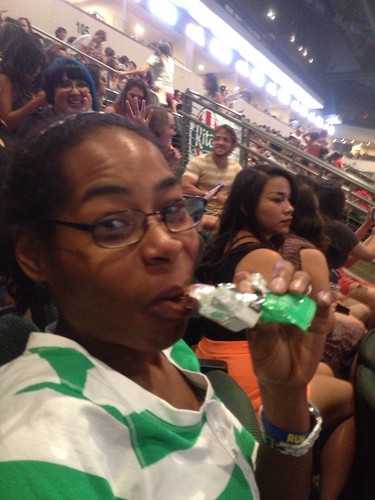 After Pauly D left the stage it was close to 9 pm and that is usually my bed time. It wasn’t sure if I was going to make it through the whole concert. I get really cranky like a 2 year old when I’m tired so I had to give Missy the warning before we went. I decided I needed a snack break before BSB came on! Glad I did! Let me tell you, I had a bit of anxiety sitting there and watching people eating their nachos. That use to be my thing going to concerts eating my nachos and drinking my whatever beverage. This was a huge step in my new life, but I handled it. But I did have a mild freak out for about 10 minutes, but once I admitted that it gave me anxiety I was fine. I wasn’t even hungry because I had just eaten. Like I said, I’ll always be overweight on the inside no matter what I look like on the outside. 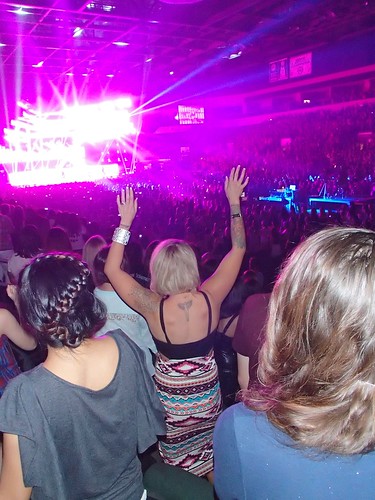 And then there was the main event.  BSB time.  Before I show you the pictures for the concert, I must comment on this one.  This is the dance you do at concerts when you’re 30+ years old and are jamming out to hits from high school in college.  At first I was going to talk about this girl, but I decided against because this was the same exact thing I did for 2 hours straight while BSB was on stage.  This is the 30 something concert dance! 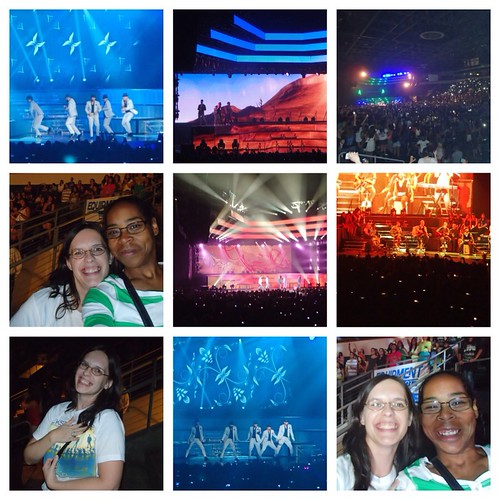 The concert was great! I don’t think many people had listened to the new album because when they played those songs, people went to the bathroom. They are moving toward a new sound that doesn’t have them shaking their booty every five seconds which I actually love because that’s more my speed as a 30 something. But it doesn’t lend itself well to arena concerts. It would be more a intimate setting, even though this place was not big by any means. They still have their moves and can really sing. I am super excited for the BSB future…and there will be a movie! A MOVIE! Missy and I squealed so loud when we saw that and everyone kind of chuckled at us but who cares! We were partying like it was 1999!

So what’s your favorite band from back in the day?