I signed up for this race fully intending on running the full marathon. This is a race on my list that I MUST do. Last year I said I was going to do the race this year and I had high hopes of running it. I picked up my packet, enjoyed the expo for the amount of time I was there…

Running a marathon takes focus and control because it really is a mental battle. My head wasn’t in the game. We had to wake up pretty early to make it the race start. They recommended being parked by 5:30 am and we were about 30 minutes away. Friday night I didn’t get great sleep because we were late arriving. Saturday night I woke up at 1:30 am and couldn’t go back to sleep. I was debating my race routine (which I’ve never done before). That was the first sign something wasn’t ok. 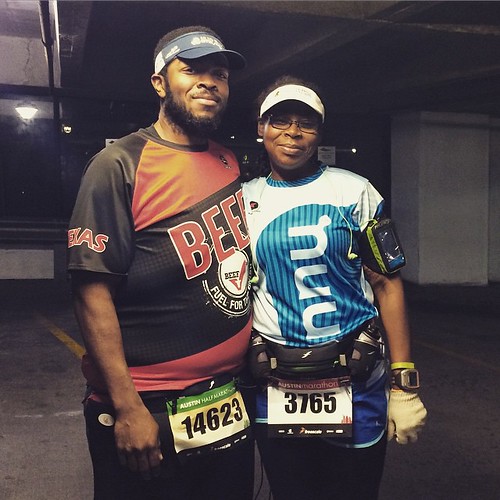 Standing in line for the restrooms I asked Willie if I should run the full or just do the half because I did have the option to split off. He told me to run the full because that’s what I said I was going to do. I know he was saying that because he thought that’s what I wanted to hear. I really just wasn’t feeling it. 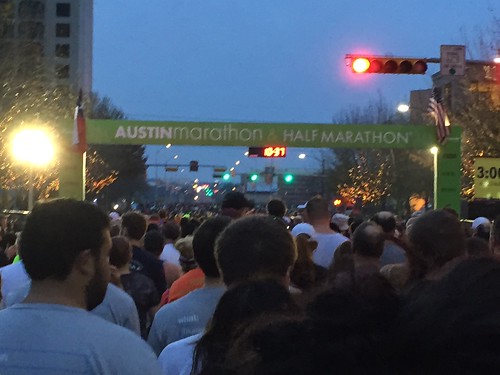 We lined up with the 4:55 marathon pacer. It was warmer than usual due to the humidity. It just wan’t sitting right with me. I thought that if I just stayed with them I would be ok and I could tough it out. The race started out really great. Everyone talks about how tough this race is with the hills and the first half is pretty brutal. I didn’t feel any of that. Yes, it was challenging but it definitely wasn’t the hardest thing I’ve done lately. I was feeling great physically but mentally I was putting myself through the ringer. I stayed with that pace group for the first 10 miles, but I decided at that moment I needed to NOT do the full. 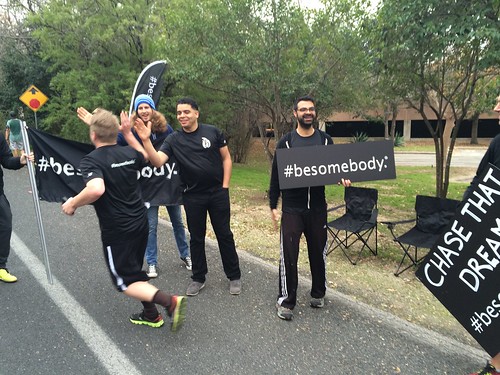 This was right before mile 10 and it made me make the right decision. I knew I had the Mercedes Marathon coming up this weekend and I didn’t want go through the mental pain of running the full. I knew I needed to be on point and running the Austin Marathon would completely deplete me. It was a big learning moment for me but it was something I just had to do.

Mile 11.5 had the biggest hill in it. It hurt to walk up that sucker, I don’t know how anyone ran up that think. It looked like it was going straight vertical. That was very challenging, but I wasn’t too tired in the back end because I had been pacing for a marathon. 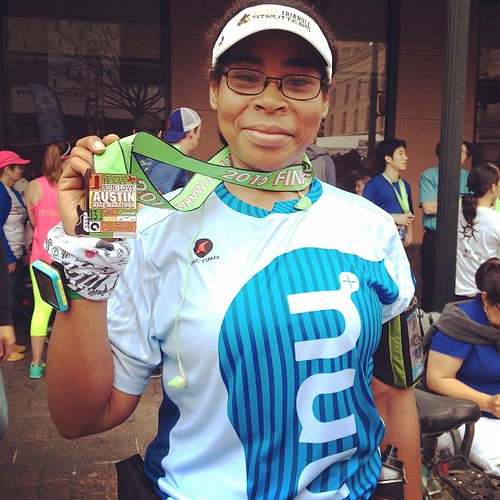 What I liked about the race:
Expo was pretty nice. I haven’t gone to a good expo in months, so this was a plus.
The medal is very cute. The marathon medal was even better. It will be mine NEXT YEAR!
Running through downtown Austin was awesome with no cars.
The course was very scenic.
All race profits went to charity.
You could prepay for your parking spot.
There were green initiatives for the race (but there were still a lot of cups on the ground).

What I didn’t like:
Getting to packet pickup was horrible. Traffic really sucked.
The water stations didn’t seem together all the time. I found myself waiting for water in a lot of spots on the course.
Lack of port-o-lets on the course. I guess if you’re familiar with the area you knew where restrooms were on trail in the park but other than that…there weren’t enough.
The finisher shoot was one of the longest I’ve ever walked through for no reason. We were just walking and walking.
Apparently there was a finisher’s festival but I have no idea where that was because I didn’t see it and there were no signs pointing you there.

Verdict:
Obviously, I’m going to do the race again. I’m itching to tackle the marathon course. I think we might spend the money to stay somewhere downtown the night before so we don’t have to worry about getting up so early. I think an extra hour of sleep would have made a big difference and Willie wouldn’t have been waiting in line for the port-o-lets until 5 minutes before the race.