I’ve made MULTIPLE trips to my physical therapist the past couple of weeks to deal with a flare up. Last year when I knew nothing about running I totally injured myself in the form of an IT Band injury. It totally sucked so I took the time to educate myself on running and training injury free. We all know this year I’ve been running a little bit more, right? I had a new “injury” pop up this week and it had me a little worried. My knee became really tight and I didn’t know WTF was going on, but then it hit me and the PT that I have arthritis in my knee. 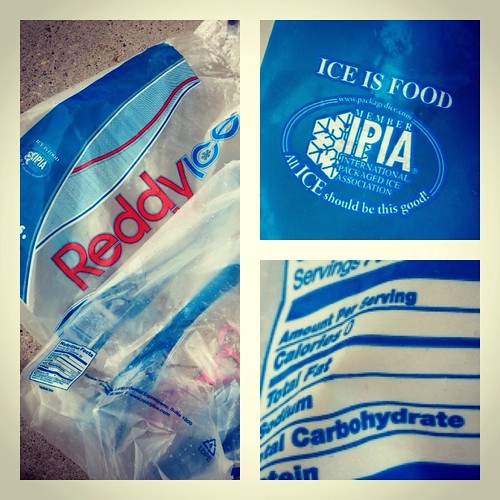 I found myself thinking about the past. I carried around so much weight my whole life and I’ve always had problems with my left knee. I do recall an injury or two that I had on the same particular knee that I never got looked at by a medical professional.  But I’ve been doing what my PT said:  RICE (rest, ice, compression and elevate) and I did some stretching.  There was lots of ice involved several times day.  Did you know that ice is food? LOL! On Wednesday, the pain was probably at it’s worst but I suffered through a run, but it wasn’t actually suffering at all.  My knee is stiff for the first half mile and it loosens up and all is good is Angie-land! 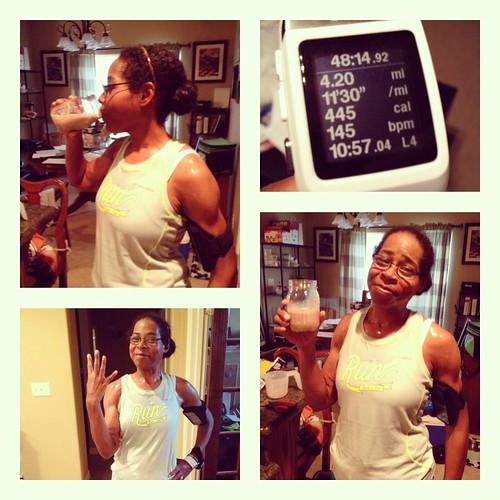 My Monday run was actually pretty fun. It would have been more fun if I didn’t teach spinning before I went to run four miles. But of course I refueled with chocolate milk.  I was very serious about the choco milk because I wanted my body to repair and refuel itself because this training is very important to me.  Stretching and chocolate milk are a huge part of my recovery plan so I won’t skip out on it.  Plus, hello, it’s chocolate milk.  There aren’t many opportunities for chocolate in my new lifestyle so I will definitely jump on this one to help my body out! 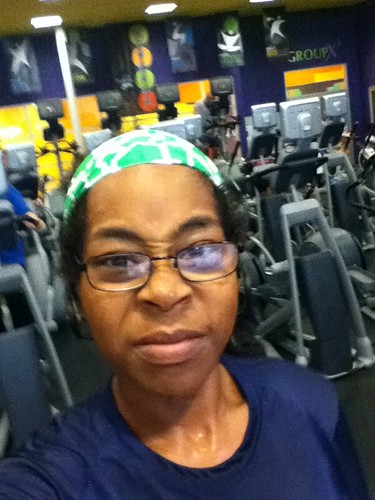 So how is my knee feeling today? Much better! I’ve been doing my stretching and rolling and more stretching. I’ve stopped with the icing and moved on to heat, but all is well in my world. I also started taking some glucosamine because I know I have this problem. Things are much better in my world, but I made a promise to Willie not run on it again until Monday. It’s hard for me to do that, but I’m going keep my promise. But maybe he’ll let me try half a mile or so! 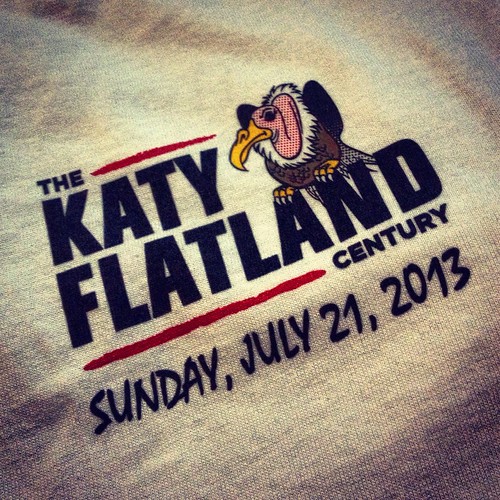 Instead of running, I will be riding my bike 68 miles tomorrow. This will be the longest bike ride I’ve ever done. My anxiety doesn’t come from riding that far, it comes from having to change a tube along the way. Hopefully I will be fine. I’ve never changed a tube on my bike before and I will have to depend on the kindness of others to help me through it. 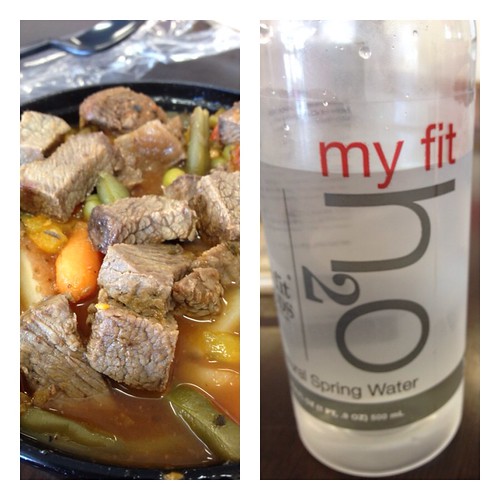 I picked up my packet yesterday in Houston and I had to stop for lunch. I went to My Fit Foods. It was an enjoyable experience but an expensive one. I picked out the Oak Stone beef stew for 220 calories and 9g of fat.  It was very delicious and filling, but 220 calories is not enough for lunch.  I should have grabbed something else along with it, but I paid $9 for the stew and the water.  I will say I’m kind of cheap but I had to eat lunch and I wanted something healthy to eat since I didn’t bring my own lunch. It was good though so if you have a chance to visit My Fit Foods and drop some money, hit it up!  I appreciate the convenience but I couldn’t eat this stuff every day unless I was a millionaire.