Last week in San Diego I almost ate pizza before the race.  I really wanted this pizza, but I couldn’t have pizza unless Willie had some too.  Willie didn’t want pizza; he wanted lasagna.  No pizza for me, but that doesn’t mean I stopped wanting it.  I’ve been on a mission to find a way to have a healthy version of pizza. We’ve done the cauliflower pizza crust thing. It’s really good, but it takes too long to make. By the time I was done making it, I didn’t want to eat. I had to find something better.

We already have “pizza” night on Fridays.  We use Flatout Bread and make pizza that way. Willie uses spinach, turkey pepperoni and fat free cheese. I use every veggie in the fridge, sometimes hummus and taboule. 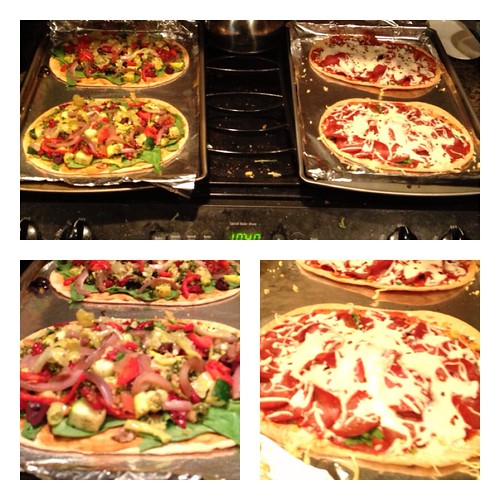 Last week I wanted something more. So I made a deep dish style pizza using the flatout bread. I think the whole pan of this was around 680 calories (or close to it), but I was making it for two. I said this made two servings, when it really could have been four. One serving was 363 calories! We could have eaten it for two nights but we had one night and Willie took the left overs for lunch on Friday. 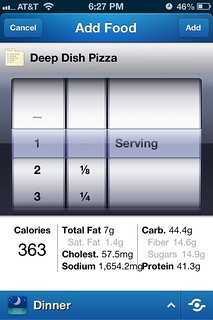 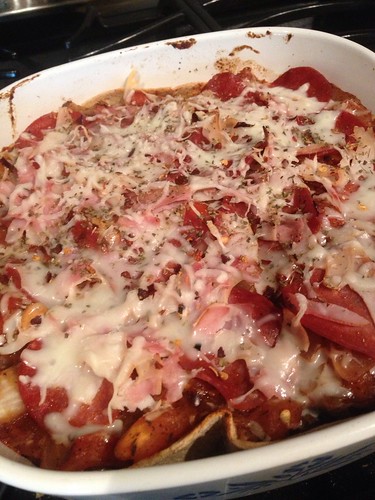 I made my own pizza sauce with tomatoes, tomato paste, onions and bell peppers. I also used zucchini squash as a layer along with some lunch meat: chicken breast and ham. I used two servings of fat free cheese and turkey pepperoni. This was the closet thing I’ve ever made that reminded me of pizza. And yes I know this thing is loaded with sodium, but it’s meant to be a treat and not an every day meal. 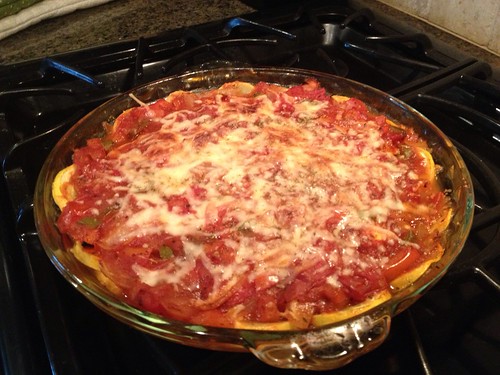 And today I made a “pizza” pie with my homemade tomato sauce, lined the pan with squash, added a layer of fat free cheese, mushrooms and more squash. I just realized I forgot to put my spinach in here. I haven’t eaten any of it yet, so I’ll let you know. But I’m going to keep experimenting with this pizza thing.

Have you tried any pizza alternatives?