“Disclaimer: I received a CAMA Bag to review as part of being a BibRave Pro. Learn more about becoming a BibRave Pro (ambassador), and check out BibRave.com to review, find, and write race reviews!” 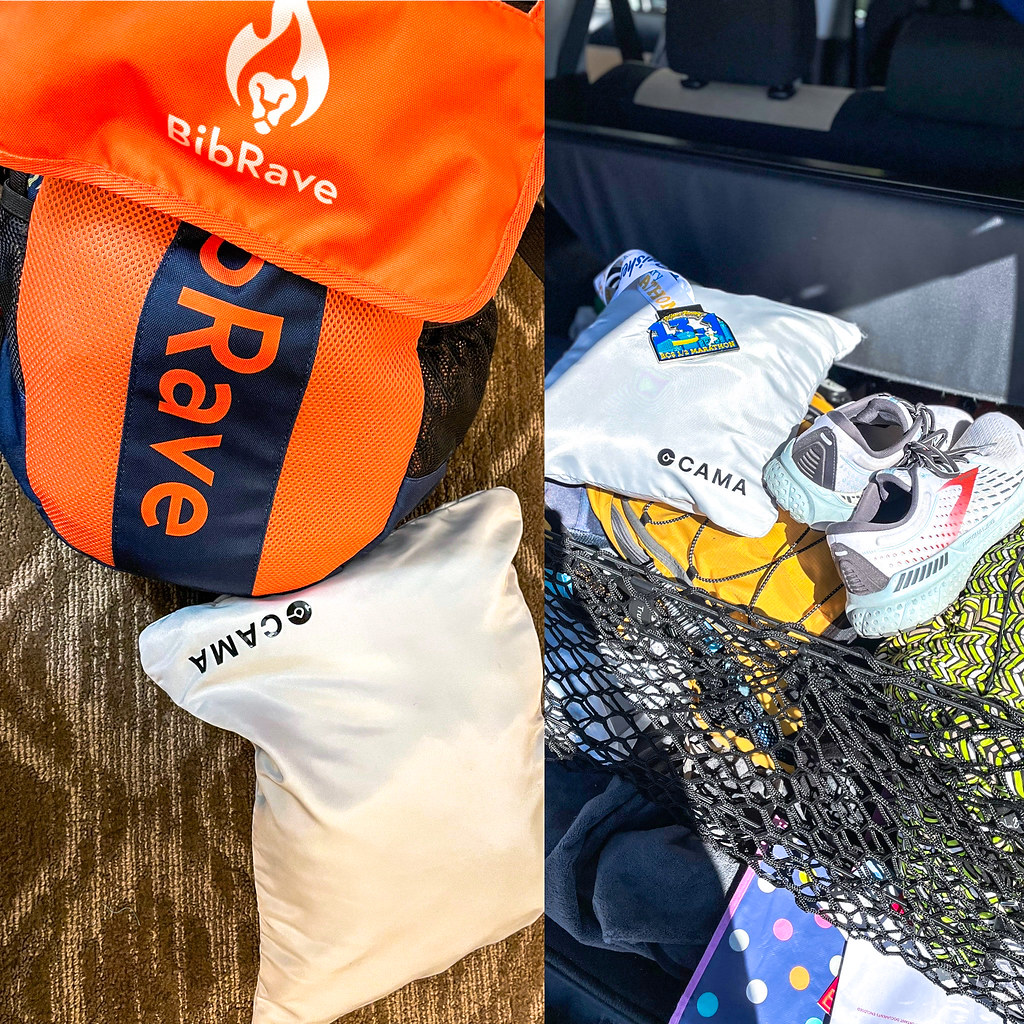 I introduce to you the CAMA Bag. I received the CAMA Bag, the smaller one, to try out, and I love the bag. First, let me give you some details about the bag. The CAMA Bag is made with water-resistant materials and repels moisture preventing saturation from penetrating interior lining.

The CAMA Bag is also a double interior lining to absorb moisture and lock in odors. The materials for the CAMA Bag are locally sourced, and the bags are made in the USA. The smaller bag retails for $45 and is available in three colors: white, black, and steel blue. There is also a bigger version of the CAMA bag for $55. 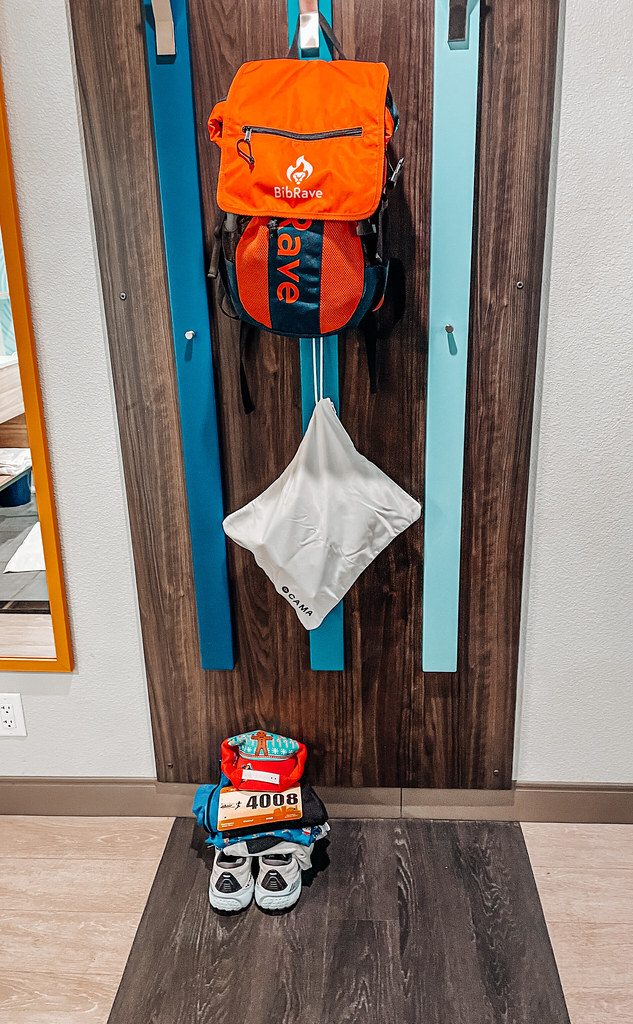 What I love about the CAMA Bag:

The CAMA Bag is an essential part of my running gear now, and I hope it becomes part of your favorite gear, too! I would recommend this bag for the person who gets sweaty and has to change clothes. But also, to the person who is a frequent traveler, needs to keep their dirty clothes separate in a suitcase.

The CAMA Bag in action:

“Disclaimer: I received an Ultima Replenisher to review as part of being a BibRave Pro. Learn more about becoming a BibRave Pro (ambassador), and check out BibRave.com to review, find, and write race reviews!” It’s hot outside, and Ultima Replenisher has helped me stay hydrated over these heated months. It is hard to avoid it, especially living on the Texas coast. The heat and humidity make the workouts harder, which means I spend a little extra time focusing on hydration. Long runs become a bit harder during the summer months, which is ironic because this is when we start training for those fall races…

END_OF_DOCUMENT_TOKEN_TO_BE_REPLACED

Disclaimer: I received the Tanri sunscreen products to review as part of being a BibRave Pro. Learn more about becoming a BibRave Pro (ambassador), and check out BibRave.com to review, find, and write race reviews! I received my Tanri sunscreen and daily moisturizer through Bibrave. I am a person who takes skincare very seriously, and I was excited to try out these products. Tanri outdoors is a mineral sun ween developed for runners and adventurers by runners. The only FDA-approved ingredients for sunscreen are zinc oxide and titanium dioxide, both found in mineral sunscreens. Tanri strives “to source natural products that…

END_OF_DOCUMENT_TOKEN_TO_BE_REPLACED

These statements have not been evaluated by the Food and Drug Administration. These products are not intended to diagnose, treat, cure, or prevent disease. This time of year, it’s hard for me to stay hydrated. Texas summer leaves me always reaching for my water bottle, but a southeast Texas “winter” leaves me with comfortable temperatures where it feels great to get some miles outside.  My daily routine consists of 80-100 ounces of water per day. When I’m hydrated, I sleep better; I don’t feel sluggish throughout the day, my skin is in great shape, and it easier to make it…

END_OF_DOCUMENT_TOKEN_TO_BE_REPLACED

Peleton is a huge success and came onto the scene with that insane bike that people are raving over.  I’m sad to say that I don’t have one, but I want one.  I can probably justify getting one now that I’ve lost one of my cycle classes. I do have a cycle back in my living room so I did make the decision to try the app.  I’ll be real with you, I tried the app a while ago and it was $12.95/month.  I thought it was insanely expensive to pay that much for the app.  At the time, it…

END_OF_DOCUMENT_TOKEN_TO_BE_REPLACED

This is a sponsored post.  I teamed up with Fit Approach and Personal Trainer Foods to receive a 14-day trial to the service.  This is a paid review but my opinions are my own.  Happy reading! Personal Trainer Food is a meal delivery service to help people who are looking for weight loss results.  I was very excited to take part in this experience to help keep me focused in the new year.  As you know, I did weight 338 pounds just seven years ago and having a service like this would have been priceless.  When on a weight loss…

END_OF_DOCUMENT_TOKEN_TO_BE_REPLACED

Disclaimer: I am a Headsweats ambassador.  The views about this product or solely my own and not influenced by the company. It’s your chance to win a Headsweats hat or visor.  The only hats/visors I wear are Headsweats.  I don’t know what it is about this brand but it feels light on my head and collects my sweat like no other. I can’t think of one run that I’ve done without a Headsweats hat or visor. That’s a lot of running, right? My closet is full of these hats and visors and I want to share this great product with…

END_OF_DOCUMENT_TOKEN_TO_BE_REPLACED

When I got pregnant my number one craving has been chicken.  I want chicken strips and mashed potatoes (well potatoes of any kind) all the time but those little strips can pack a lot of calories.  And having french fries on the regular isn’t that healthy either.  I’m really trying to stay away from that stuff.  Then I got to thinking about an air fryer. I watched the infomercials many times and I was intrigued but it wasn’t enough to make me want to get one.  After all, do they really work?  Does it really require no oil or little…

END_OF_DOCUMENT_TOKEN_TO_BE_REPLACED

It’s coming on Christmas and there are tons of treats and foods in your face.  It’s impossible to escape.  You know I’m a big fan of moderation and deprivation.  If you deprive yourself of the things you want, you’ll probably end up binging on those foods later.  Enjoy them now with moderation and portion control. There still is a way to stay healthy and indulge over the holidays. I will indulge during the holidays but I’m ok with it because I am keeping active. I try to keep my activities holiday themed too because it’s just so much more fun.…

END_OF_DOCUMENT_TOKEN_TO_BE_REPLACED

I’m giving something away and it’s good.  I recieved a really great box of goodies a couple of weeks back and I just needed to share with everyone.  I mentioned it in my video and I was finally able to give it a tray. Big Slice Apples are ready to eat cooked apples, made with real fruit and are naturally gluten free. There is something for everyone because there are 16 great flavors. I haven’t tried them all but I’ve tried most and I haven’t found one I don’t like. It’s a great new snack!  I love apples!  Apples are…

END_OF_DOCUMENT_TOKEN_TO_BE_REPLACED

Nutrient dense foods vs. empty calories is something I’ve been wanting to address on the blog for a long time. I don’t know why I haven’t done it before now. It’s summer and I’m training for a marathon (SHOCKER!) and it’s important for me to get all the great nutrients out of my food that I possibly can…especially now that we’ve switched to a plant-based diet. The harder the workouts, the more I need to replace all that stuff leaving my body. Food is fuel and that is something you should remember when you’re consuming your calories.  Food fuels our…